The Sports Pavilion is located at Redwood Camp, which is dedicated as a Elementary Summer Camp in the summer and general conference facility during the rest of the year.

The Sports Pavilion was conceived as a focal point for the campus – to provide shade and a covered play area during the summer, and also to make the Camp more able to facilitate recreational activities during the rainy season. The challenge was to create a space and structure that fulfilled its functions, without overwhelming the beauty of the location. To provide a sustainable modern building, that would also appear timeless – as if it were one of the Camps original structures.

The 6,000 sf pavilion is situated at the rear of the existing meadow, framed by the surrounding redwoods.Though it is over 32’-0” tall, it is still dwarfed by the grandeur of its surroundings.It is multi-functional, with a full basketball court, and also the capability to convert to volleyball and other sports.The style is Western Railroad, to reference the Roaring Camp railway line that still terminates within the camp, and transports campers to the Santa Cruz Beach Boardwalk in the summer months. The structure is completely open on three sides, allowing campers to shelter inside, but always be aware of the natural beauty around them.Redwood Camp has a long history, and holds precious memories for generations who have attended and worked there, and the structure was funded by multiple private donations, most notably by Jack Samuelson, to whom the Pavilion is dedicated.Construction began in the winter of 2015, and was completed in time for the first summer camp of 2016. 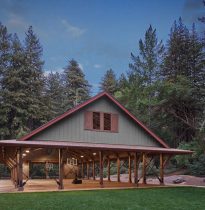 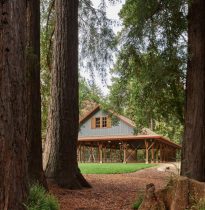 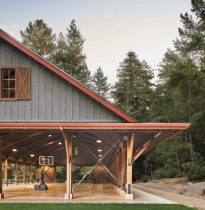 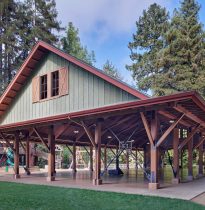 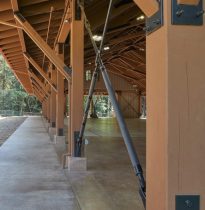 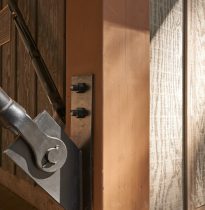 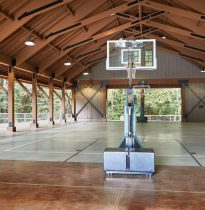 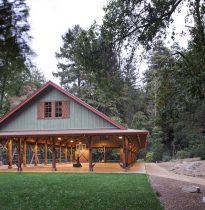 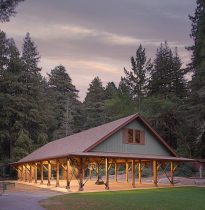 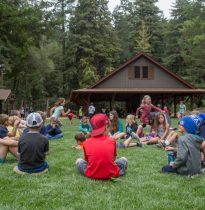 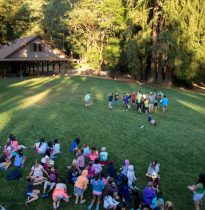